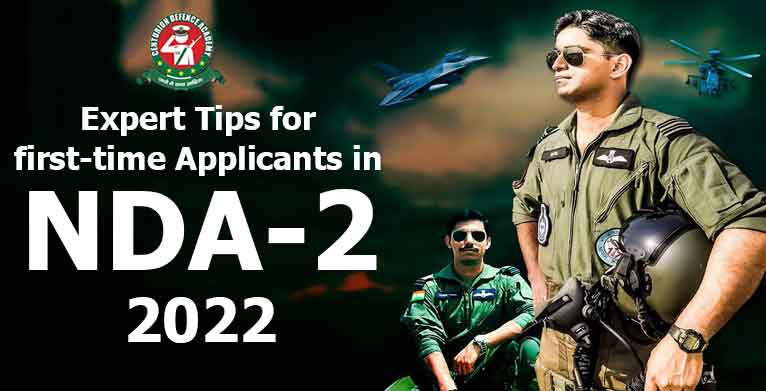 The NDA exam has become the most demanding career option among youngsters looking forward to being an integral part of the Indian Armed Forces. One of the main reasons behind high competitiveness in the NDA exam is the early induction process of young aspirants. The defence aspirants who have an affinity towards the Indian Armed Forces can appear for the NDA examination right after passing their 10+2 standard or even in their 12th appearing attempt.

The National Defence Academy is the first defence training establishment of its kind providing academics and training facilities to the cadets of all three wings of the Indian Armed Forces. The cadets of the Army, the Air Force, and the Navy are given initial training in NDA before joining their respective service academies. The NDA exam is conducted twice a year by the Union Public Service Commission (UPSC). It mainly consists of two stages of selection, a written exam and the SSB Interview followed by the medical examination. Both these stages of the NDA selection process are of equal importance, therefore, the NDA aspirants must give an equal amount of time for preparing the written stage as well as the SSB Interview.

Preparation for the NDA Written Exam

After qualifying for the NDA written exam, the selected candidates are called for an extensive interview conducted by the Services Selection Board, popularly known as SSB Interview.

Whether it's the written exam or the SSB Interview, candidates must be selective in choosing the right mentorship for developing a holistic approach to crack the NDA exam in the first attempt.

It might seem difficult for newcomers to crack the NDA exam in their first attempt and join the prestigious National Defence Academy. However, it's not as difficult as treated by the first-time NDA applicants, a candidate who follows consistency in learning and knows how to manage time efficiently has the required potential to crack this exam in the very first attempt. Aspirants should avoid the myths that only defence-background candidates are selected in the NDA exam, National Defence Academy gives equal opportunity to every deserving candidate irrespective of his socio-economic background, caste, religion, or creed.

Preparation for the SSB Interview

I have observed that most of the first-time applicants in the NDA exam concentrate only on the written exam neglecting the importance of the SSB Interview. One must not take the SSB Interview lightly as after the written exam it is the decisive stage where the final recommendation of a candidate is ascertained after a close assessment of his personality traits. The SSB Interview is a 5-day long procedure that consists of various tests including Screening, OIR, GTO, Psychological Test, and Group Discussion, etc.

A candidate should focus on improving his personality traits in different aspects whether it's perception, coordination, team spirit or physical and mental fitness. Aspirants should engage themselves in reading newspapers to get an idea of recent happenings around the world as well as to develop their opinions with facts and reasons.